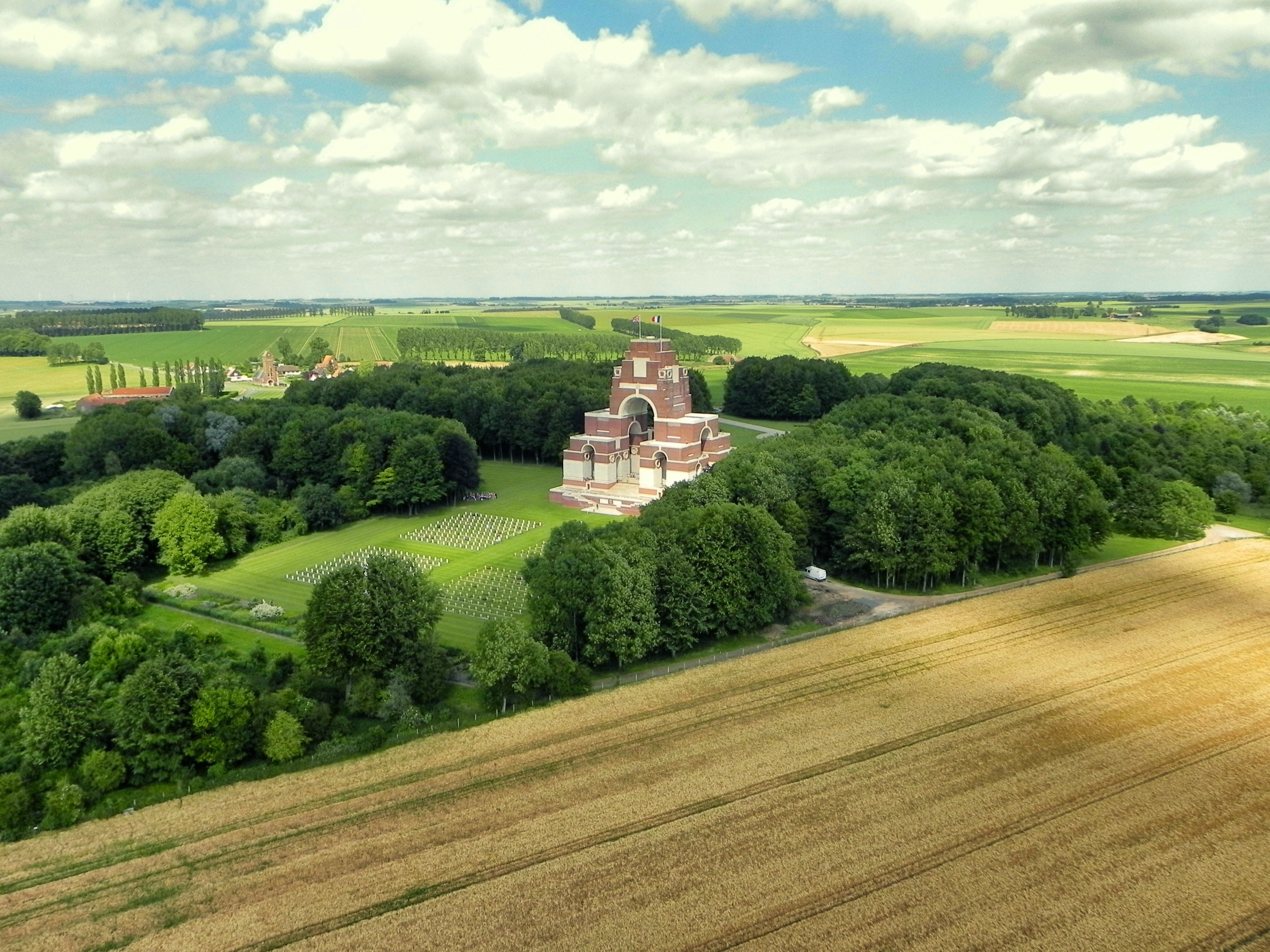 For the British, the Battle of the Somme, fought from 1 July to 18 November 1916, more than perhaps any other episode has come to epitomise the emotional power and significance of the First World War. The Somme still evokes feelings of carnage, personal hardship and the loss of the best of a generation of men. Over 141 days British forces advanced 7 miles, but at the cost of almost 420,000 casualties, including 125,000 dead. It felt, and continues to feel, like a very high price. Despite these losses during the battle vital military lessons were learned by the British. The soldiers of all its nations were, by the end of the year, battle-hardened and professional. Seen as part of the wider course of the war, the bitter fighting on the Somme is perhaps best characterised as a necessary evil. 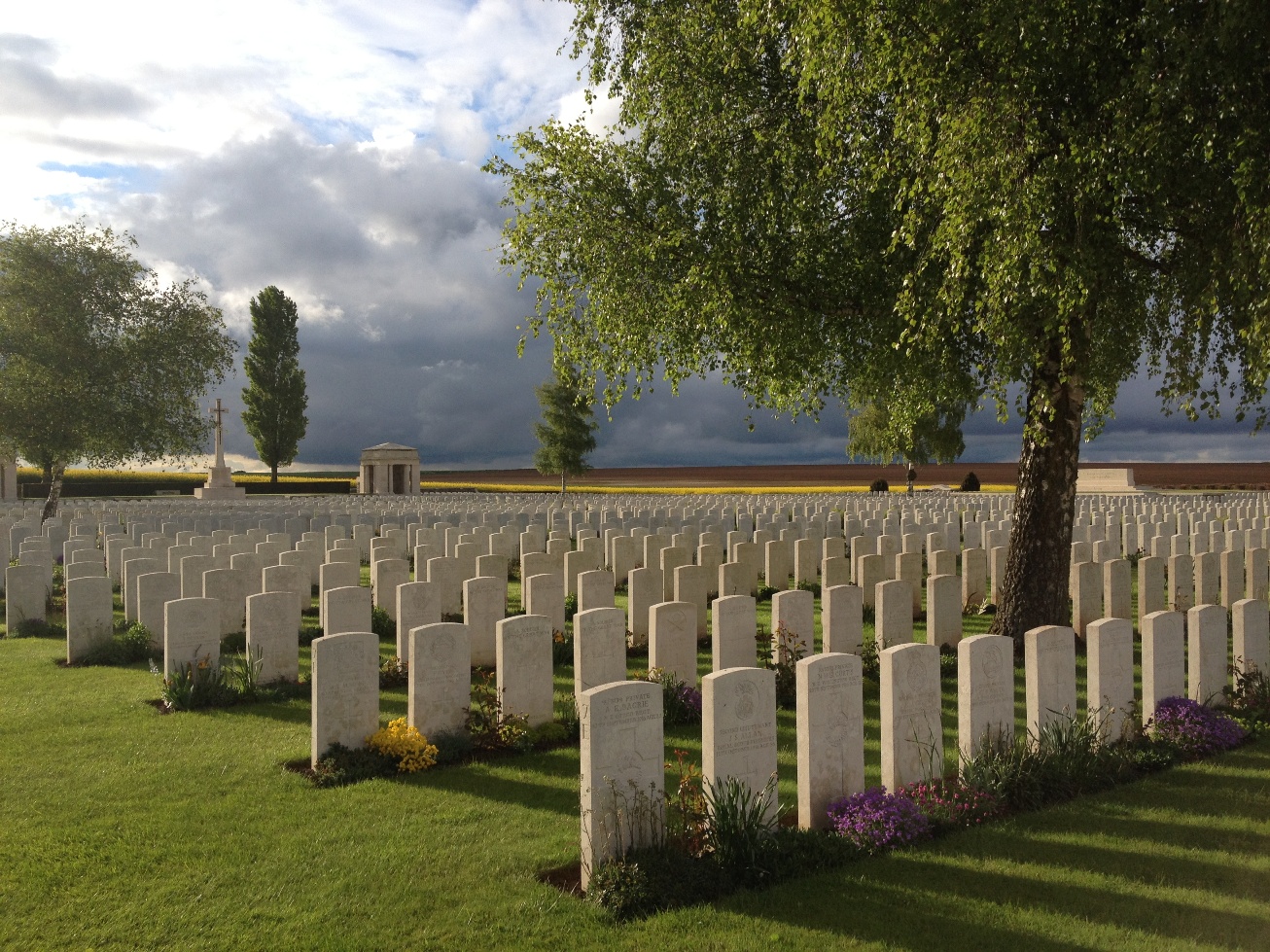 Join Jeremy in touring the old front line of 1 July 1916, ‘the day of hope and slaughter’ when attacking British forces suffered over 57,000 casualties. Starting at Serre you will visit key sites such as Beaumont Hamel, Newfoundland Memorial Park and its preserved trenches, Thiepval, Ovillers and La Boisselle, Lochnagar Crater, Mametz and Montauban. Key sites within the battlefield also include Bazentin Ridge, Longueval, Delville Wood, High Wood, Guillemont, Pozieres and Courcelette.

Tank Memorial and what is left of Pozieres Windmill, scene of bitter fighting for the Australians in summer 1916

The Somme has an atmosphere all of its own and offers fabulous cycling terrain with undulating ground and quiet roads. Cycling the ground in the footsteps of so many men who went before is a truly unforgettable experience. A number of battlefield cafés and estaminets are available to provide much-needed refreshment after time in the saddle. 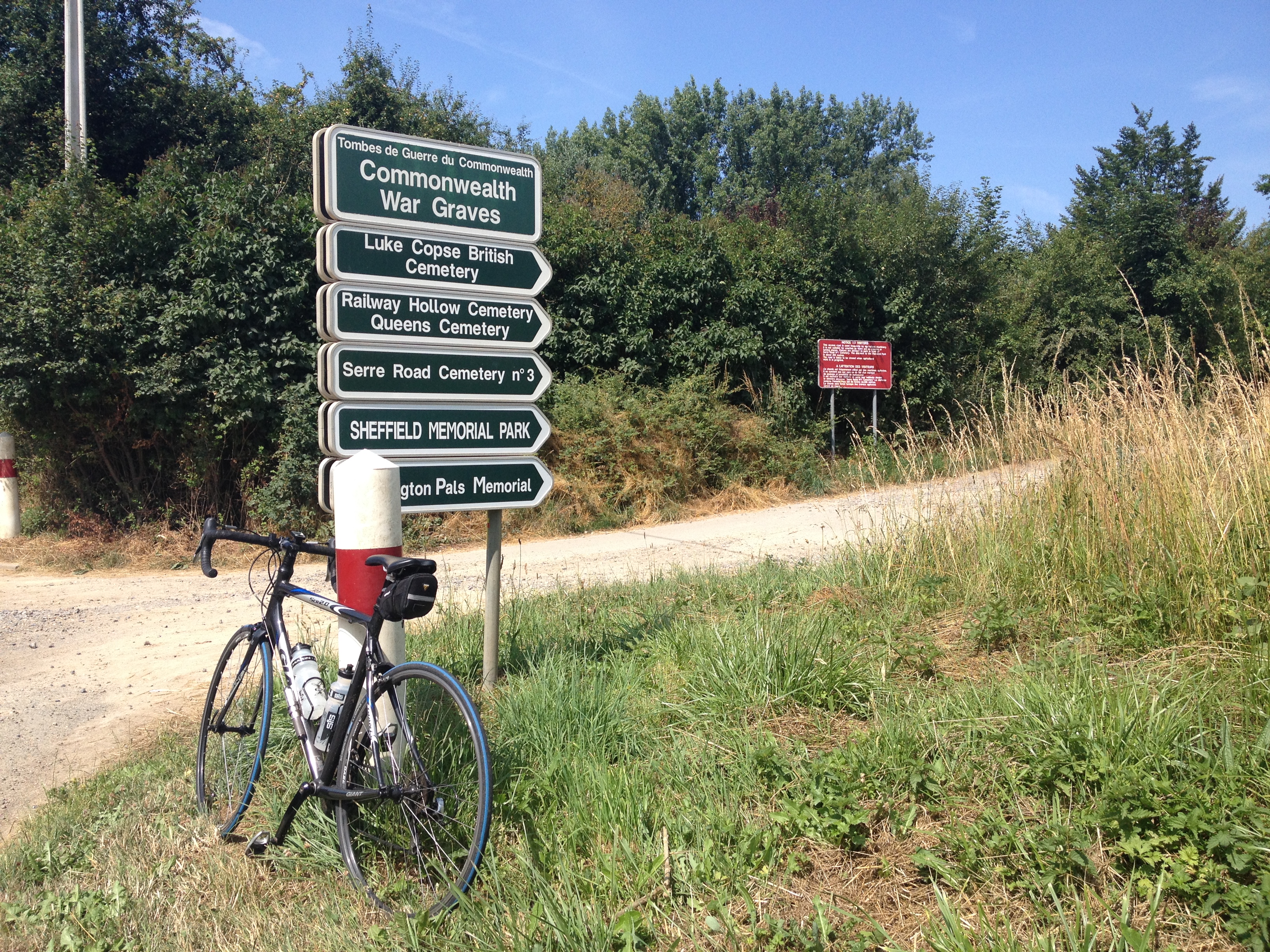 Up to the Gospel Copses, Serre. Of particular poignancy here are the losses sustained by Pals Battalions from northern industrial communities on the opening day of the Somme offensive

Here’s an example route for the Somme battlefield starting at Serre and looping through the main sites. Each tour route will vary dependent upon interest and fitness levels. DIFFICULTY LEVEL: 5/10