The original ‘Big Push’ made by the British, the Battle of Loos was a much grander affair than the small-scale but costly attacks of spring 1915. Attacking with six divisions advancing from their trenches at Zero Hour, the assault  planned to smash through German defences, capture the strategic high ground of Hill 70 north of Lens and advance in step with their French allies to the south of Lens and Liéven. The ground over which the British attacked at Loos was plan flat and dotted with collieries and pit winding gear making it particularly unsuitable for a large-scale assault. British complaints were ignored as their attack was part of a much bigger French offensive in Artois and Champagne.

Lacking sufficient stocks of ammunition and heavy artillery, the British used chlorine gas for the first time to pave the way for an infantry advance. Whilst suffering heavy losses on the opening day (a particularly terrible day of casualties for Scottish troops), an advance was made with Loos itself captured. However, reserves were too slow to be employed and German resistance stiffened on subsequent days, resulting in heavy British casualties. 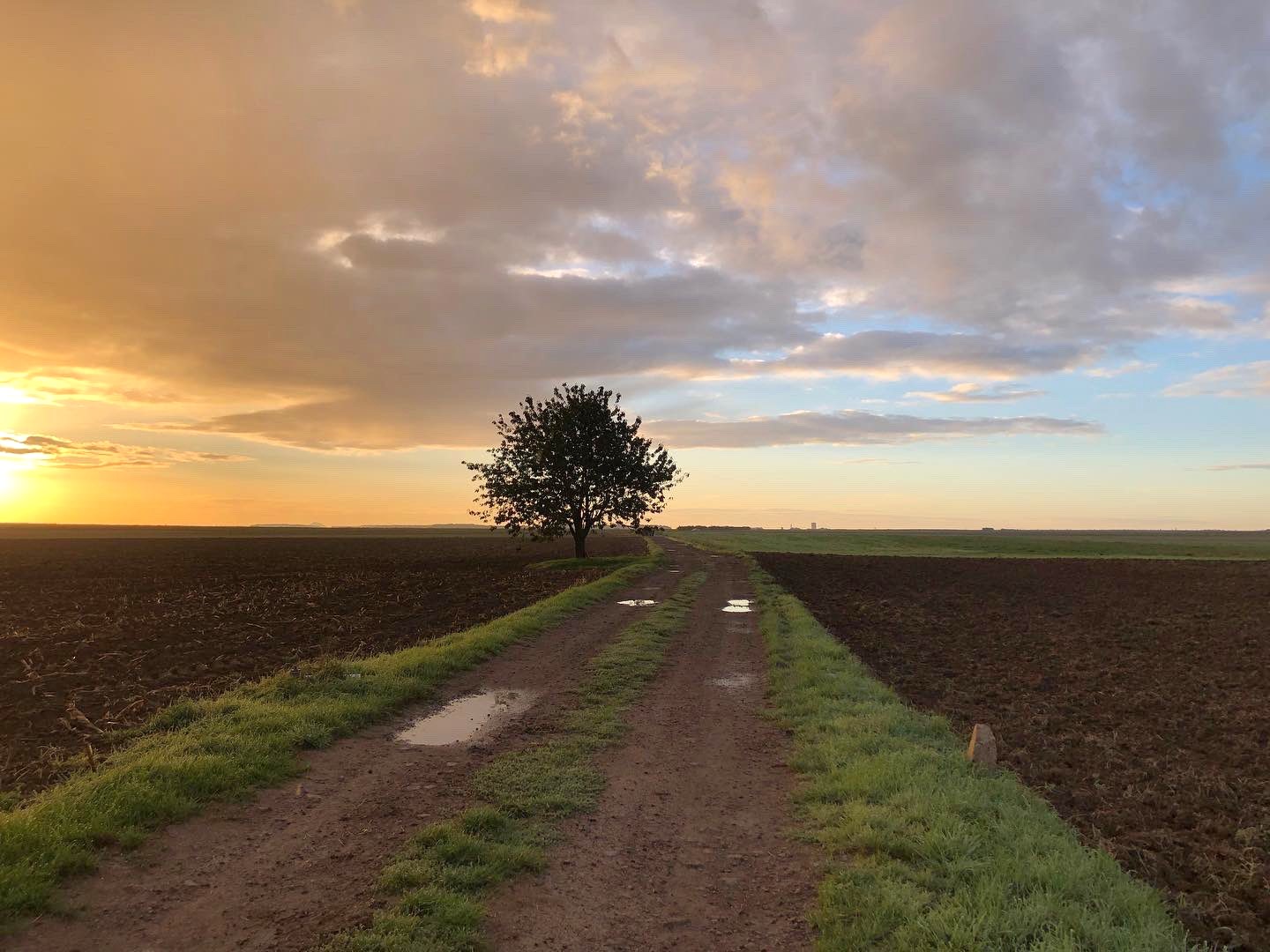 Any further advance proved almost impossible despite the use of fresh divisions. By the time the battle petered out in mid-October the British had suffered some 60,000 casualties for no real strategic gain. 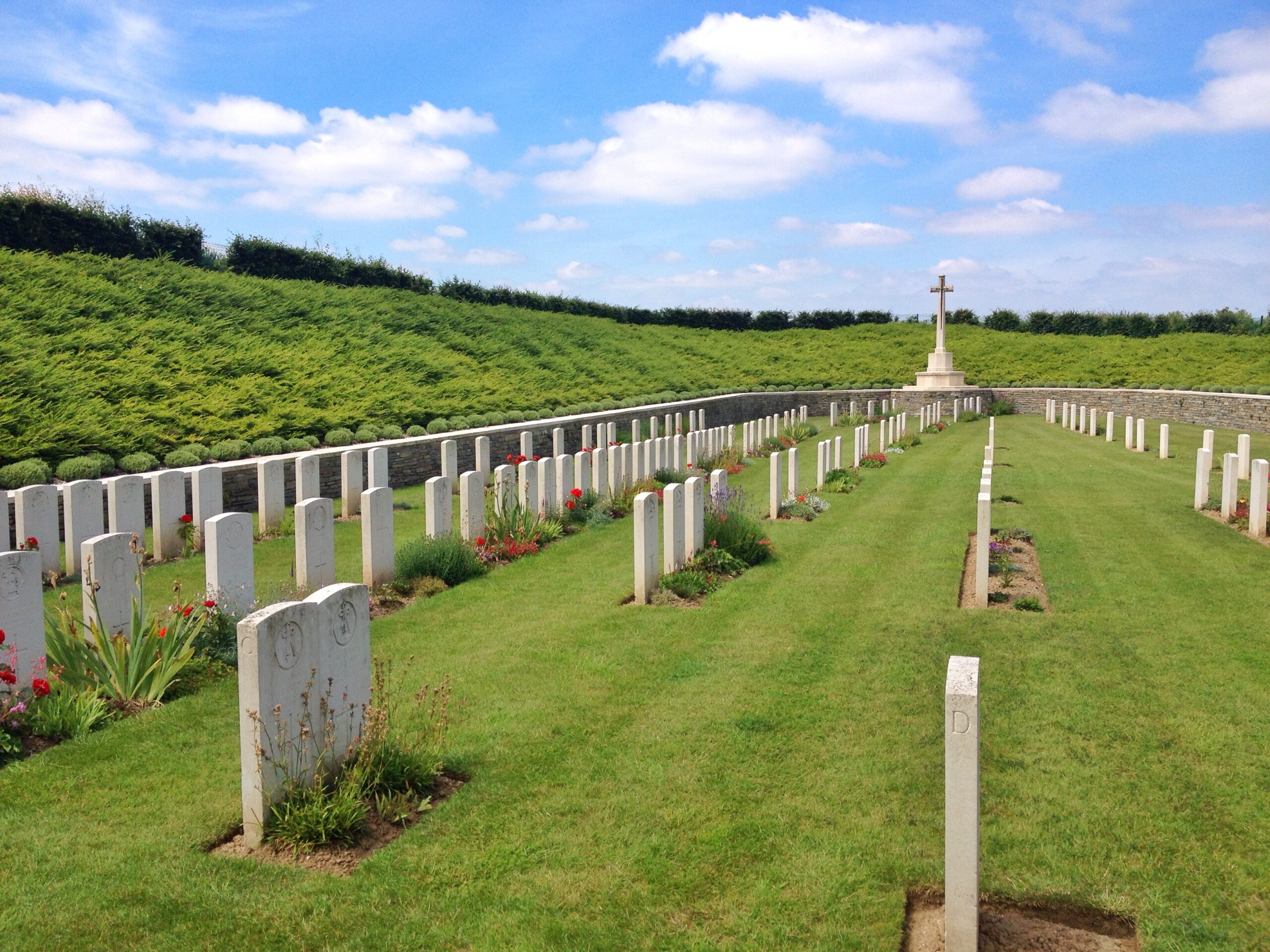 Loos is often overlooked by the battlefield visitor as they speed between Ypres and the Somme. Despite lacking the quiet country lanes of the Somme and sitting in an old mining area, the Loos battlefield deserves to be visited. 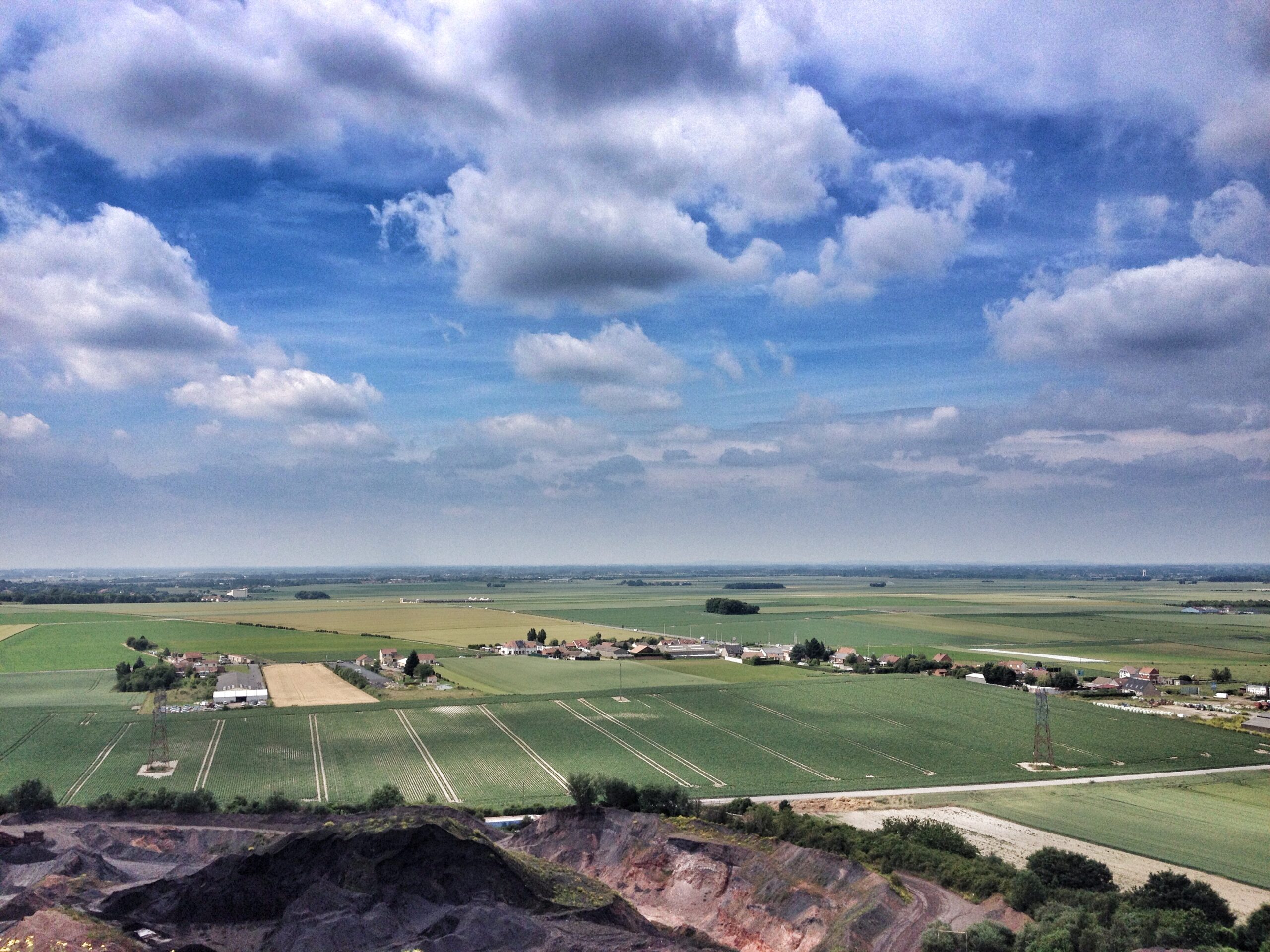 Discover the battlefield with Jeremy as you explore from Cuinchy, past the site of the infamous Hohenzollern Redoubt down to Vermelles, Le Rutoire Farm, St Mary’s A.D.S. Cemetery (containing the grave of Rudyard Kipling) to Hill 70 and Loos. 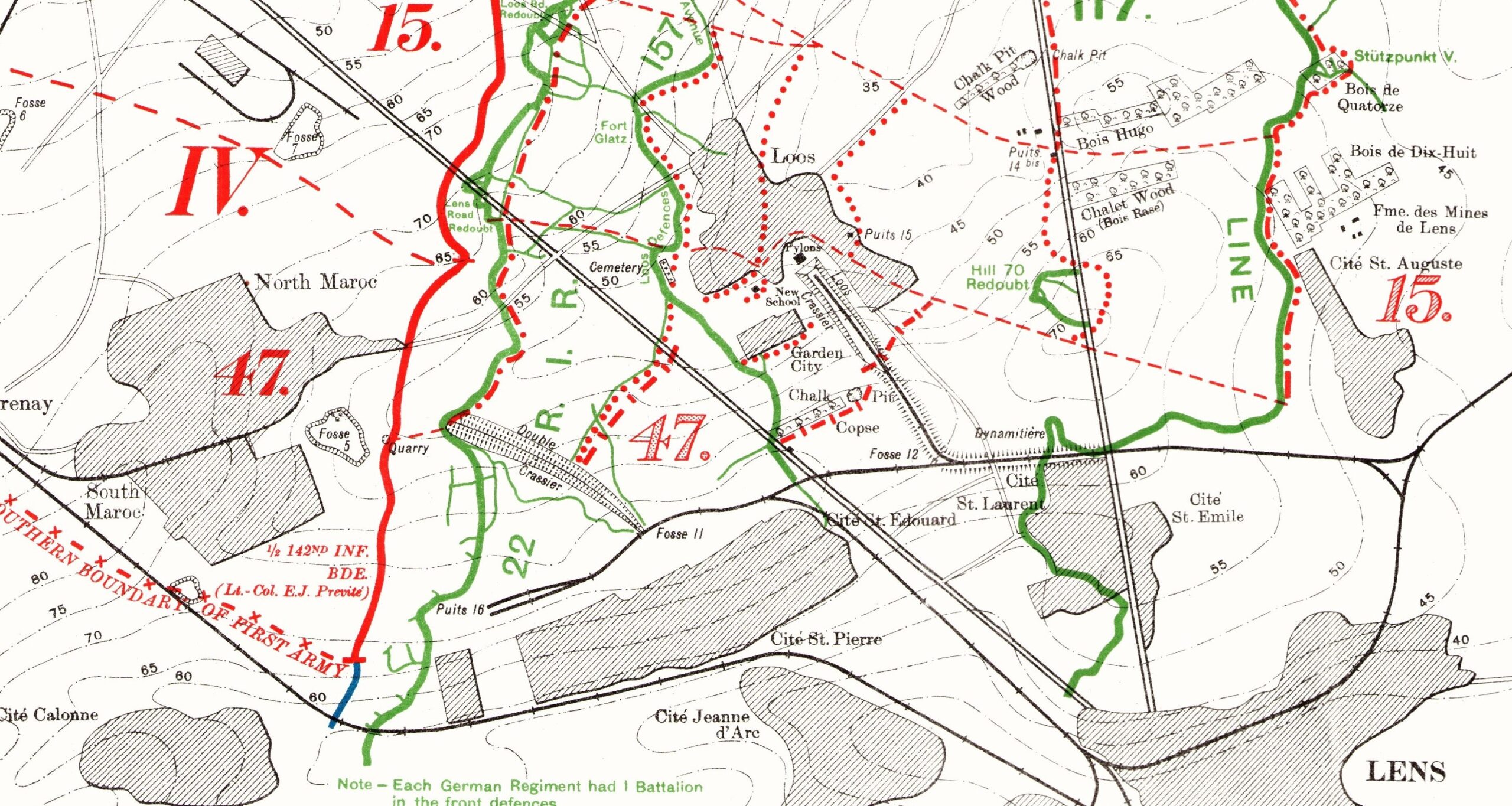 We will visit the Hill 70 Memorial to the Canadian troops that finally captured the key ground in August 1917 before stopping at Dud Corner and the Loos Memorial which lists more than 20,000 officers and men who have no known grave. 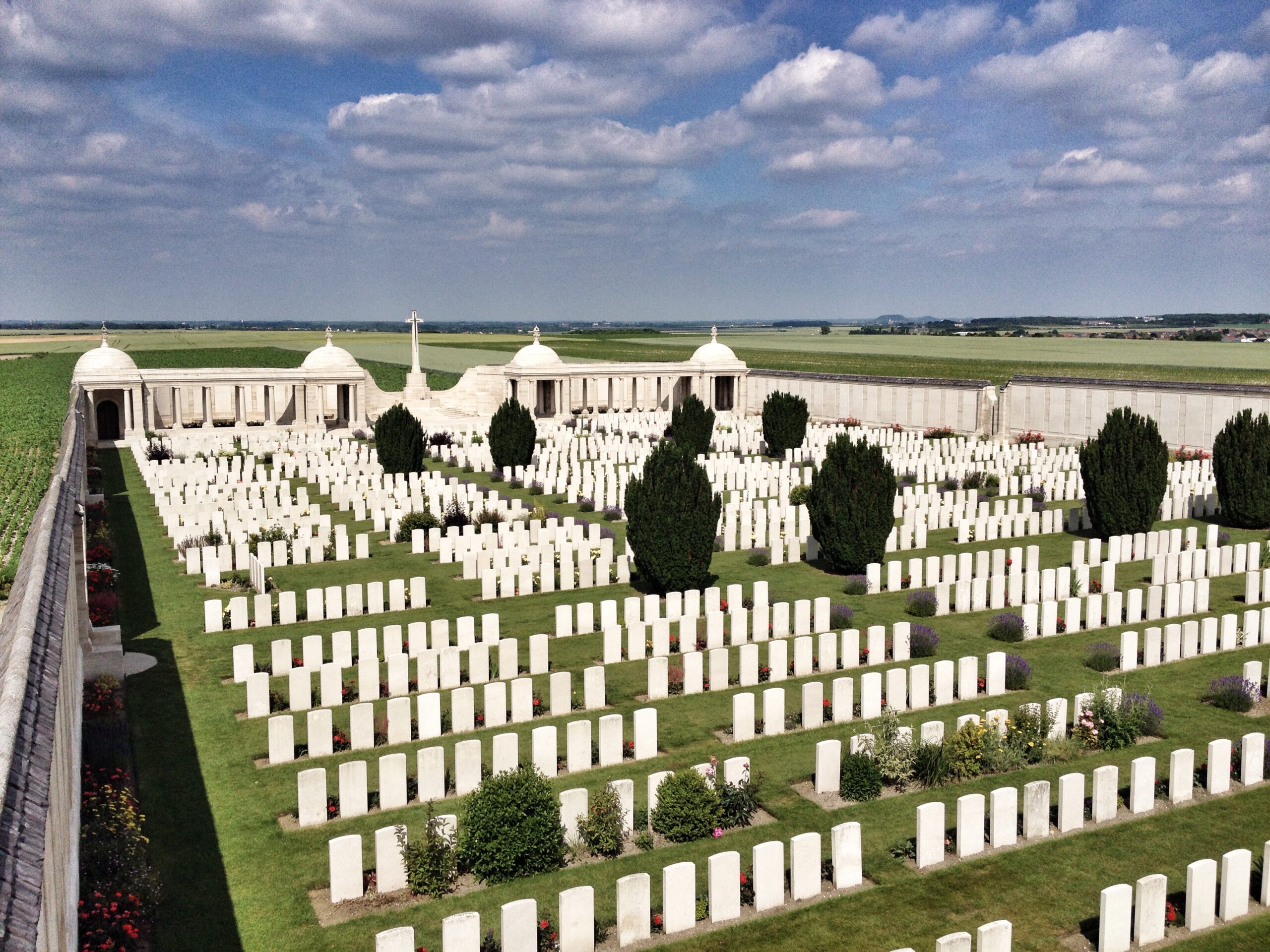 Many of the fields are crisscrossed by tracks, perfect for cycling and avoiding the busier main roads. Follow in the footsteps of the first ‘Big Push’ on flat roads and tracks as you explore this often-overlooked battlefield.

Here’s an example route for the Loos battlefield which passes through the main sites. Each tour route will vary dependent upon interest and fitness levels. It is pan flat and only 36km so very easy for cyclists of all ability. DIFFICULTY LEVEL: 1/10