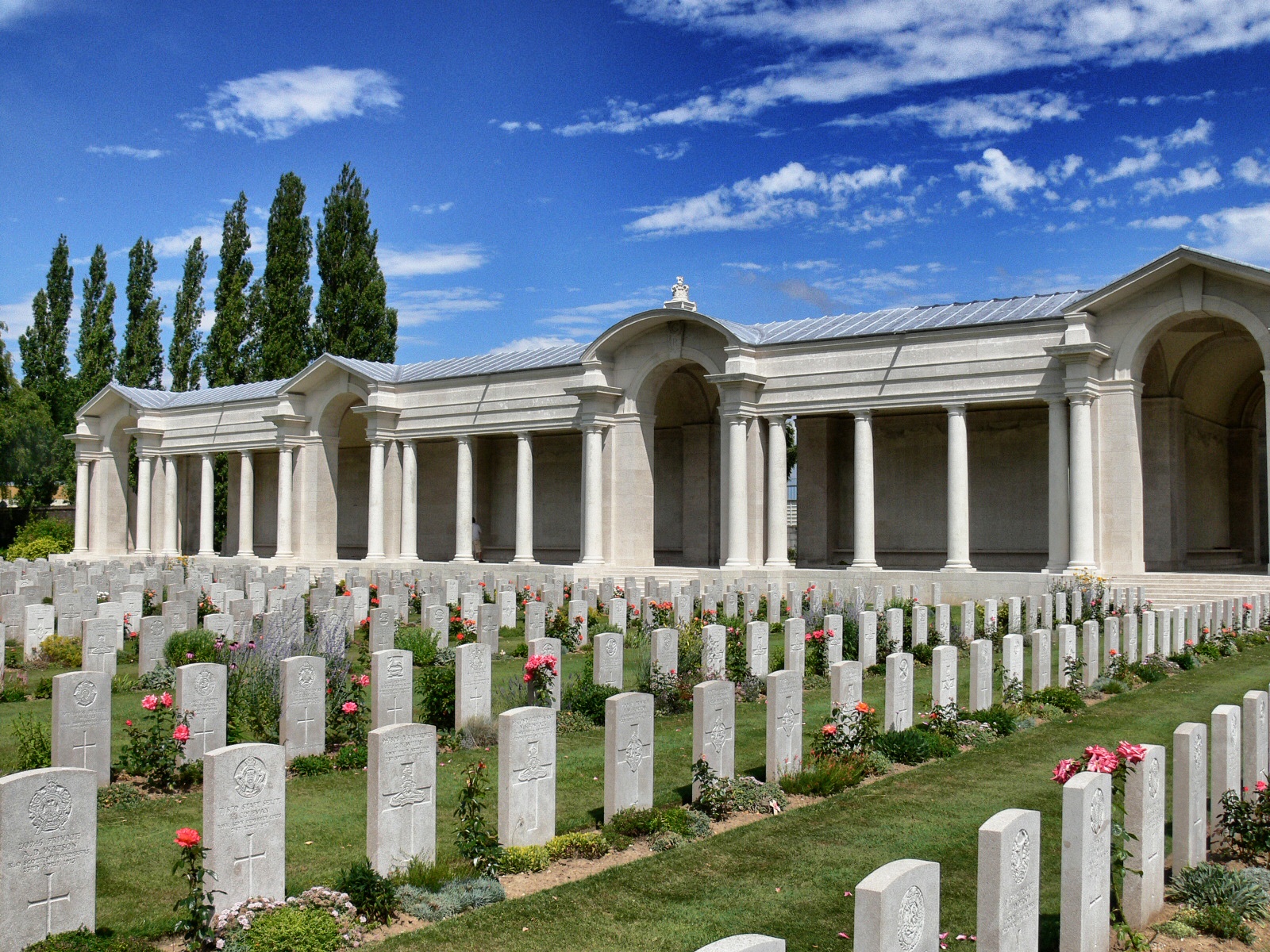 Standing between the 1916 Somme battles and the Third Battle of Ypres in the second half of 1917 the Battle of Arras is strangely overlooked by many. Despite this omission it is a fascinating battlefield to visit and is far quieter than the more popular tourist spots.

Battle commenced on Easter Monday, 9 April 1917. The aim was to push the Germans from the hitherto impregnable Vimy Ridge and drive eastward towards Cambrai. This British effort was the precursor to a larger French offensive launched a week later on the Aisne. The initial attack, despite taking place in driving wind and snow, was mainly successful with Vimy Ridge falling to the Canadian Corps and one sector recording a spectacular British advance of up to 3.5 miles on the first day. However, momentum could not be maintained and stiffening German resistance and adoption of clever defence soon turned the tide of battle. Despite repeated costly attacks the line barely moved any significant distance after the first few days of battle to its bitter end in mid-May. 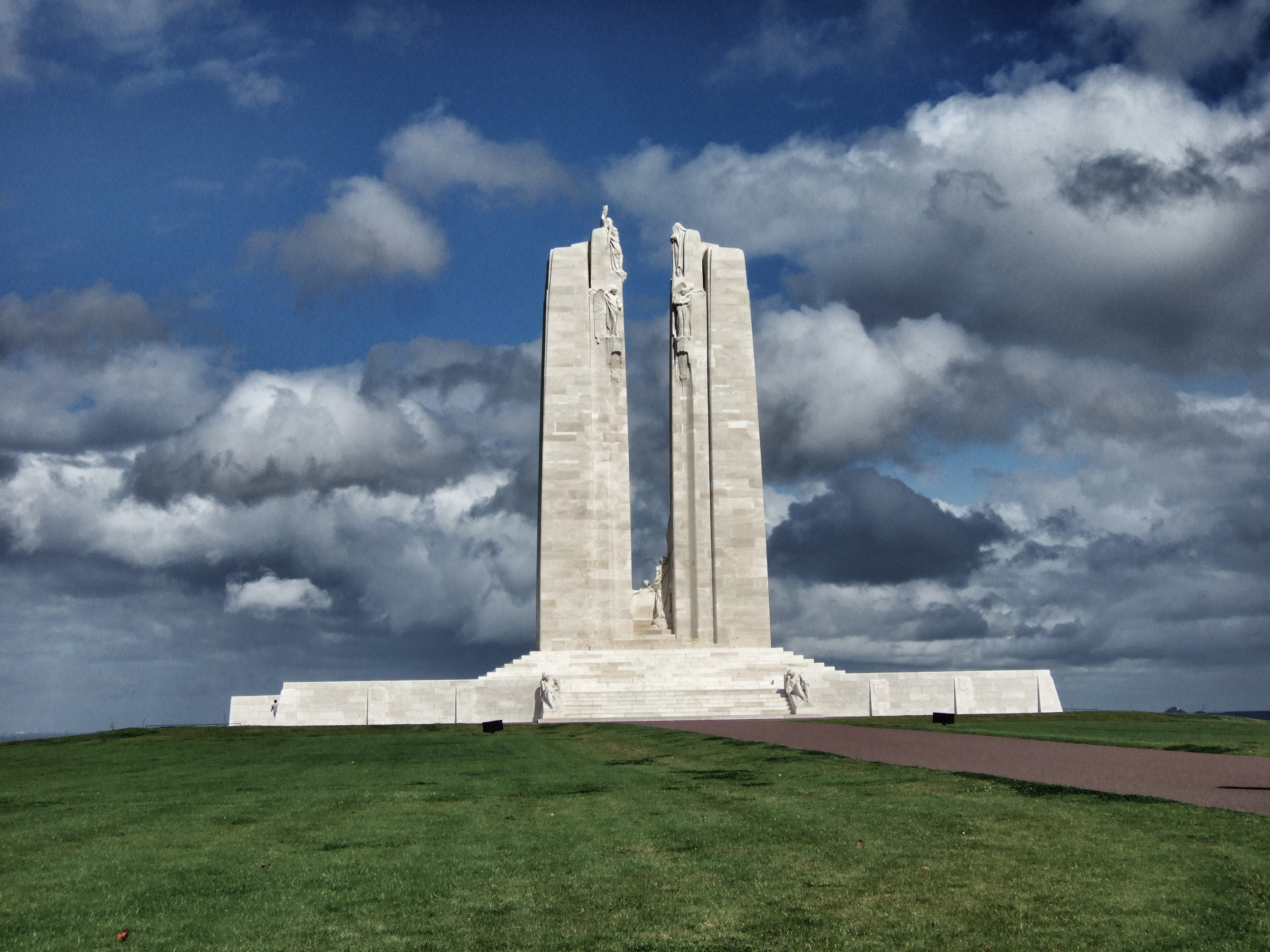 The Canadian Vimy Memorial sitting atop Hill 145, the highest point of Vimy Ridge

Encompassing the First, Second and Third Battles of the Scarpe the Arras offensive was the most deadly battle of the war for the British with a daily casualty rate of over 4,000 men – higher than the Somme, Passchendaele and the Last Hundred Days of 1918. 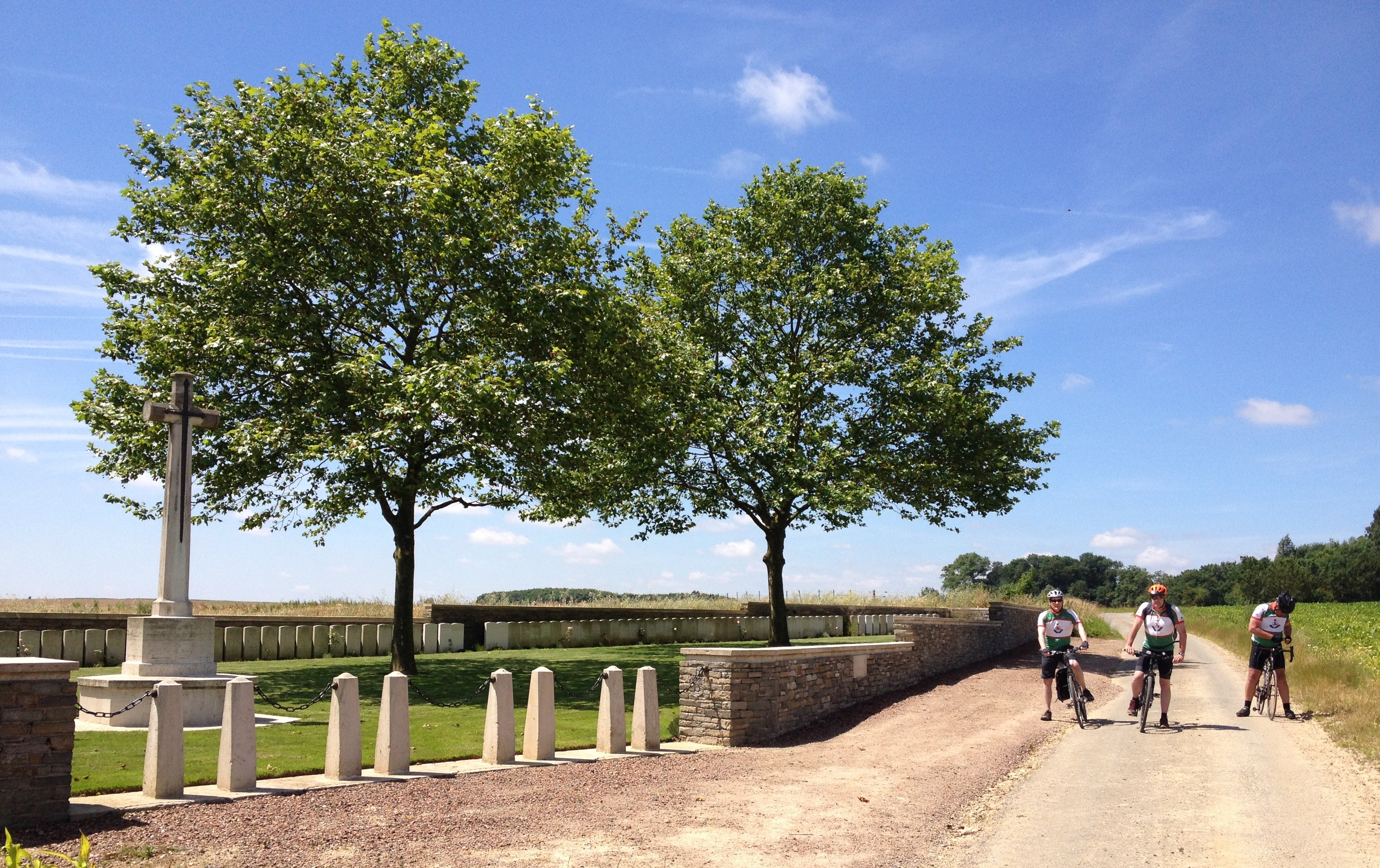 Solitude at Bootham Cemetery, Heninel. One of a number of small cemeteries from April-May 1917 nestling in the area of the Hindenburg Line. Now small tracks and quiet lanes criss-cross the old battlefield

Discover the Arras battlefields with Jeremy as you explore from Vimy Ridge south to Roeux and its infamous Chemical Works, across the River Scarpe to Monchy-le-Preux, Wancourt and the rolling chalk downland of the Hindenburg Line with its numerous battlefield cemeteries. A visit to Bullecourt, scene of so much Australian and British suffering in spring 1917, will complete your tour. After a day or two around Arras, this neglected area of the old front line, your thoughts will turn irrevocably to the men whose footsteps still echo through the ground as, stealing a line from Sassoon, ‘they slogged up to Arras with rifle and pack’.

Cycling the quiet roads of Arras. Heading up to Kestrel Copse from Chérisy. This ground was heavily fought over in mid-April 1917

Here is an example route for the Arras battlefield starting at at the train station and looping through the main sites (excluding Vimy Ridge). Each tour route will vary dependent upon interest and fitness levels. DIFFICULTY LEVEL: 4/10