Jeremy is a well known First World War military historian as well as a keen cyclist. He uses his bike to get around his home city of Bristol and rides regularly to maintain fitness. He cycles the battlefields as much as possible. 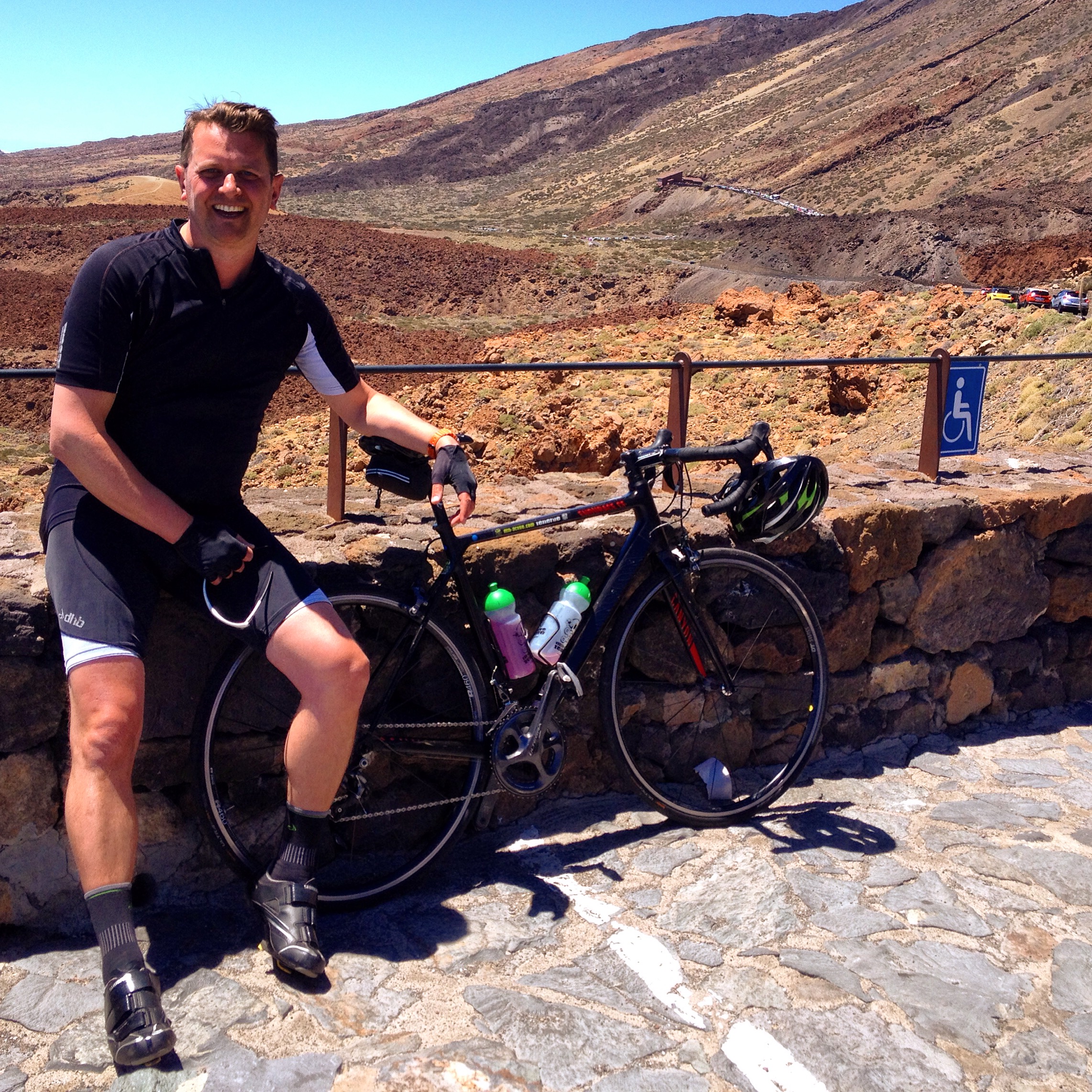 Recovering at 2,300m altitude after a 30km climb up Tenerife’s Mount Teide

Having been given a road bike for Christmas when just eleven years old, he fell in love with the freedom and opportunities offered by two wheels. A three week cycling tour of France while at university opened his eyes to France’s love of le vélo. After some barren years off the bike travelling the world and living in London he bought a road bike fifteen years ago, donned lycra and has not looked back since. In 2019 he cycled 500 miles from Bristol to Bordeaux in four days and later that summer climbed Mont Ventoux in Provence from both the Bédoin and Malaucène sides. In July 2021 he rode ‘Wales in a Day’, a 185 mile, one day route down the length of Wales on the hottest day of the year, finishing at 11.45pm. Never again! 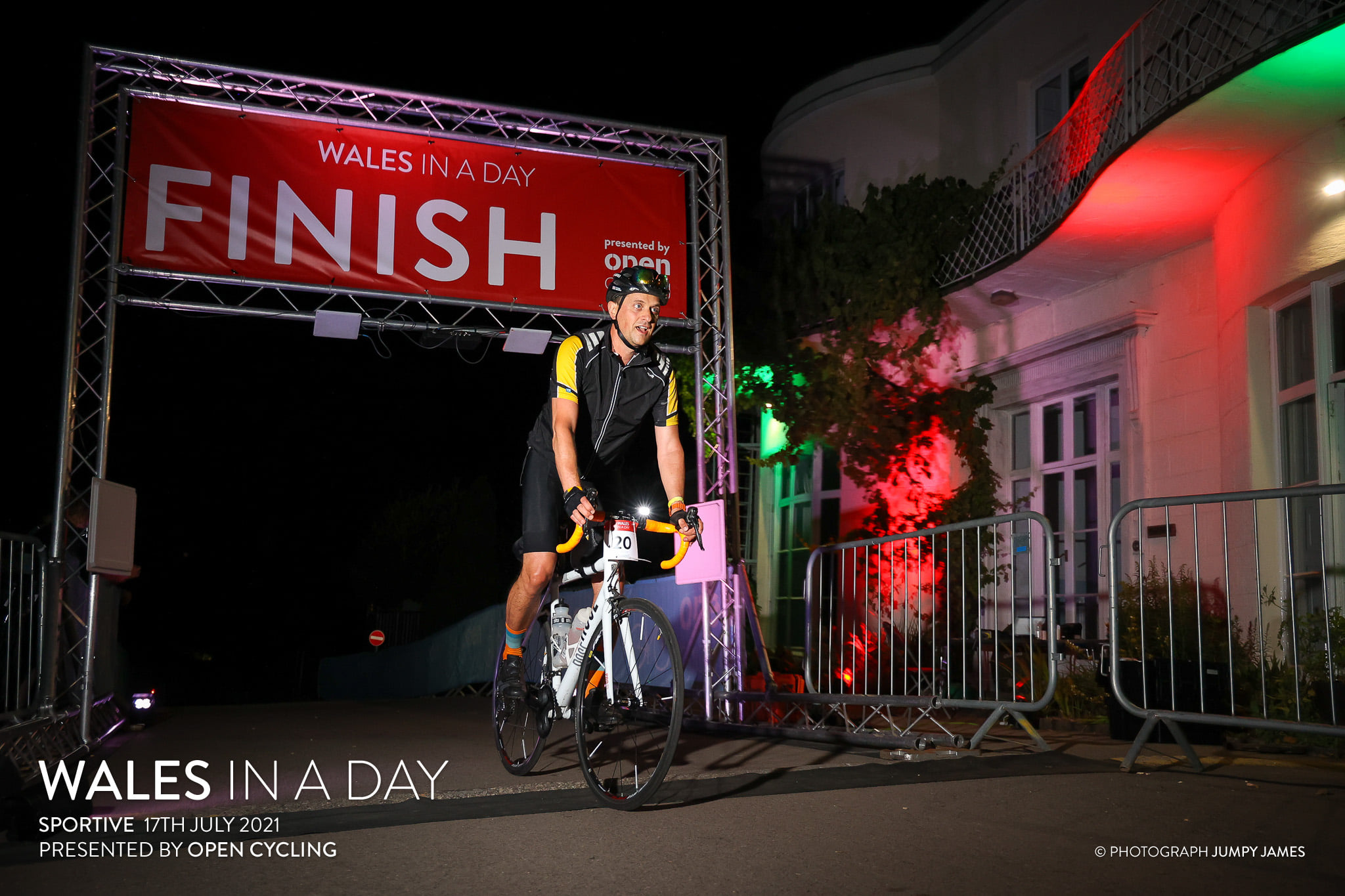 Jeremy crosses the Wales in a Day 2021 finish line 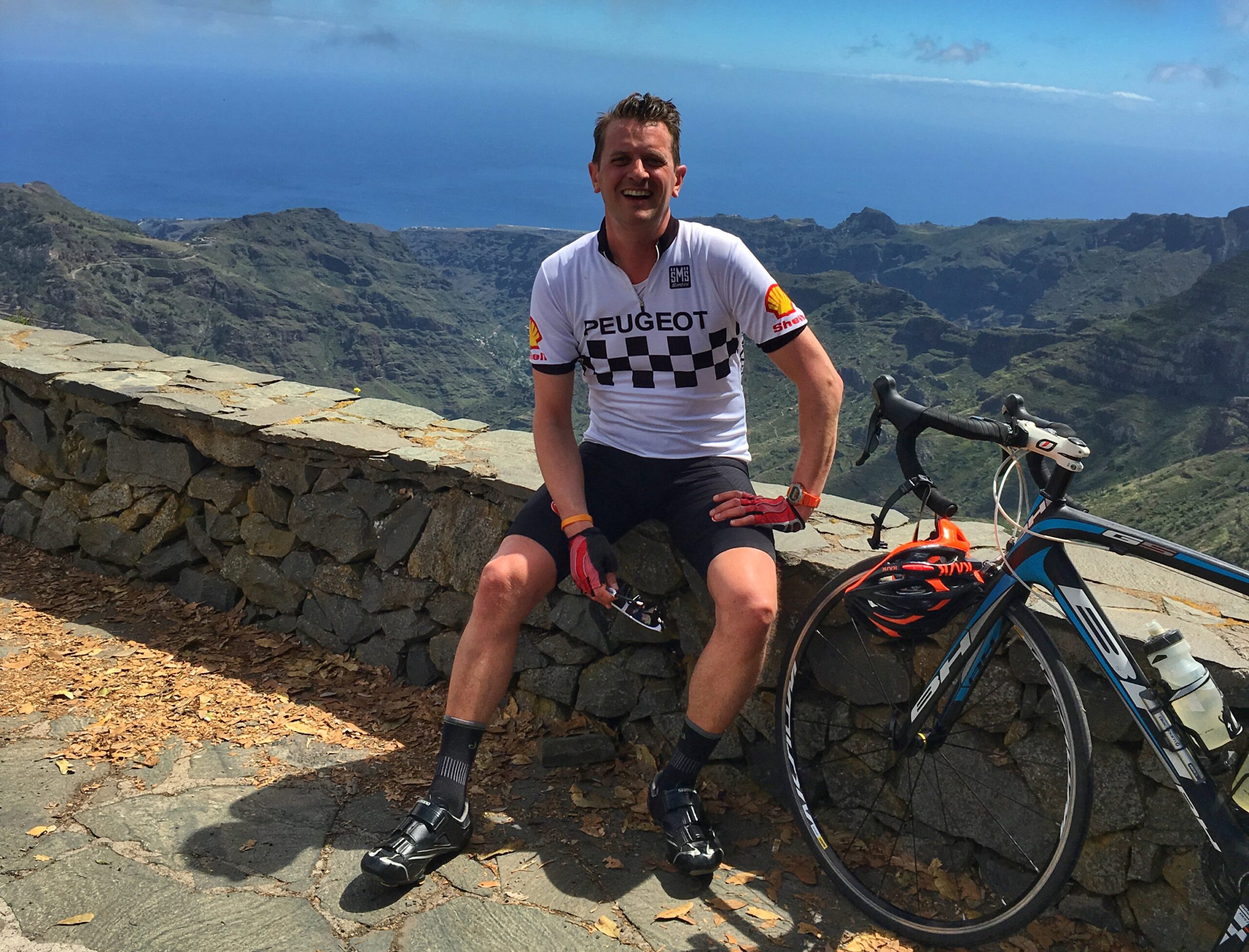 He has a detailed knowledge of the battlefields and uses his archival and research work over the past twenty years to illustrate actions, weaving stories of men who fought into the landscape. 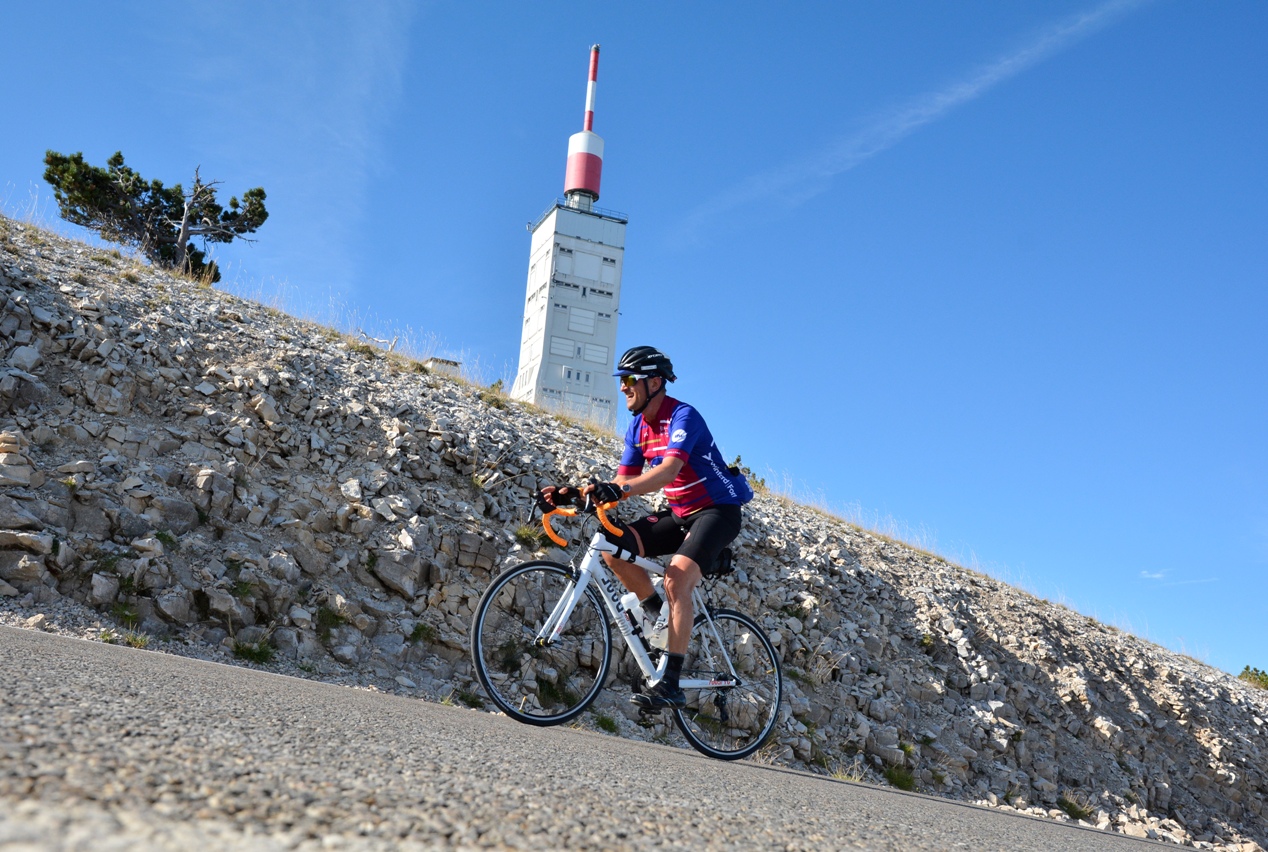 Jeremy nearing the summit of Mont Ventoux from the Malaucène side, August 2019

He has previously worked as a commercial diver, civil engineer and investment banker. Having completed an MA in Modern History he left the city back in 2002 to pursue his dream of working as a military historian. Over the past fifteen years he has worked on a number of books in association with the IWM and has acted as principal researcher for many others.

Filming ‘Who Do You Think You Are?’ with Hugh Dennis on the Hindenburg Line close to Arras 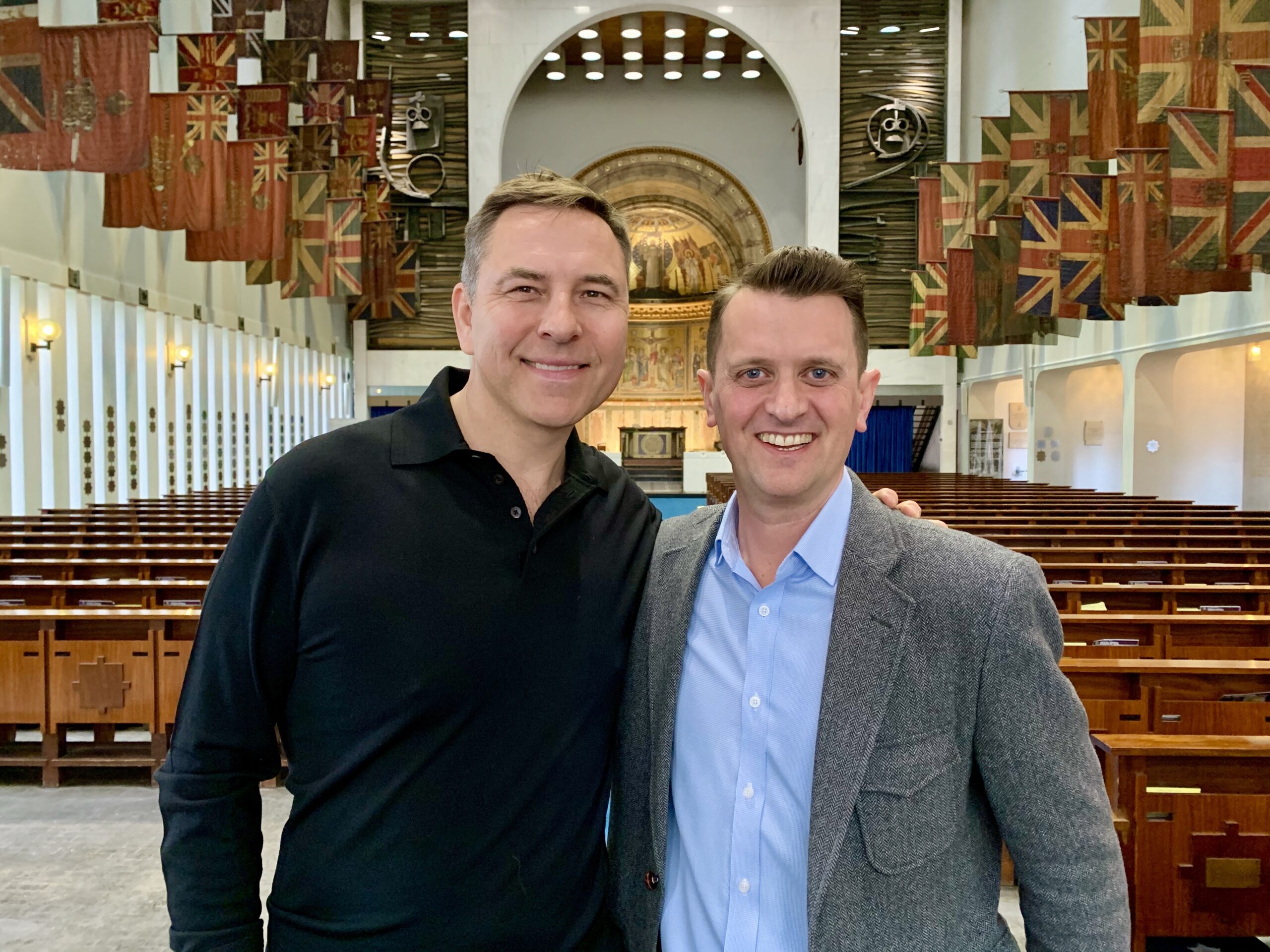 With David Walliams at the Guards’ Chapel for Who Do You Think You Are? (2020)

Jeremy is a founder member of the La Boisselle Study Group who spent three years conducting archaeological, tunnel exploration and historical work on the Somme. He also had the great pleasure of meeting and looking after the last few Great War veterans on their battlefield trips and was lucky enough to be friends with and look after Harry Patch, the last Great War Tommy who went ‘over the top,’ on his annual trips to Ypres. 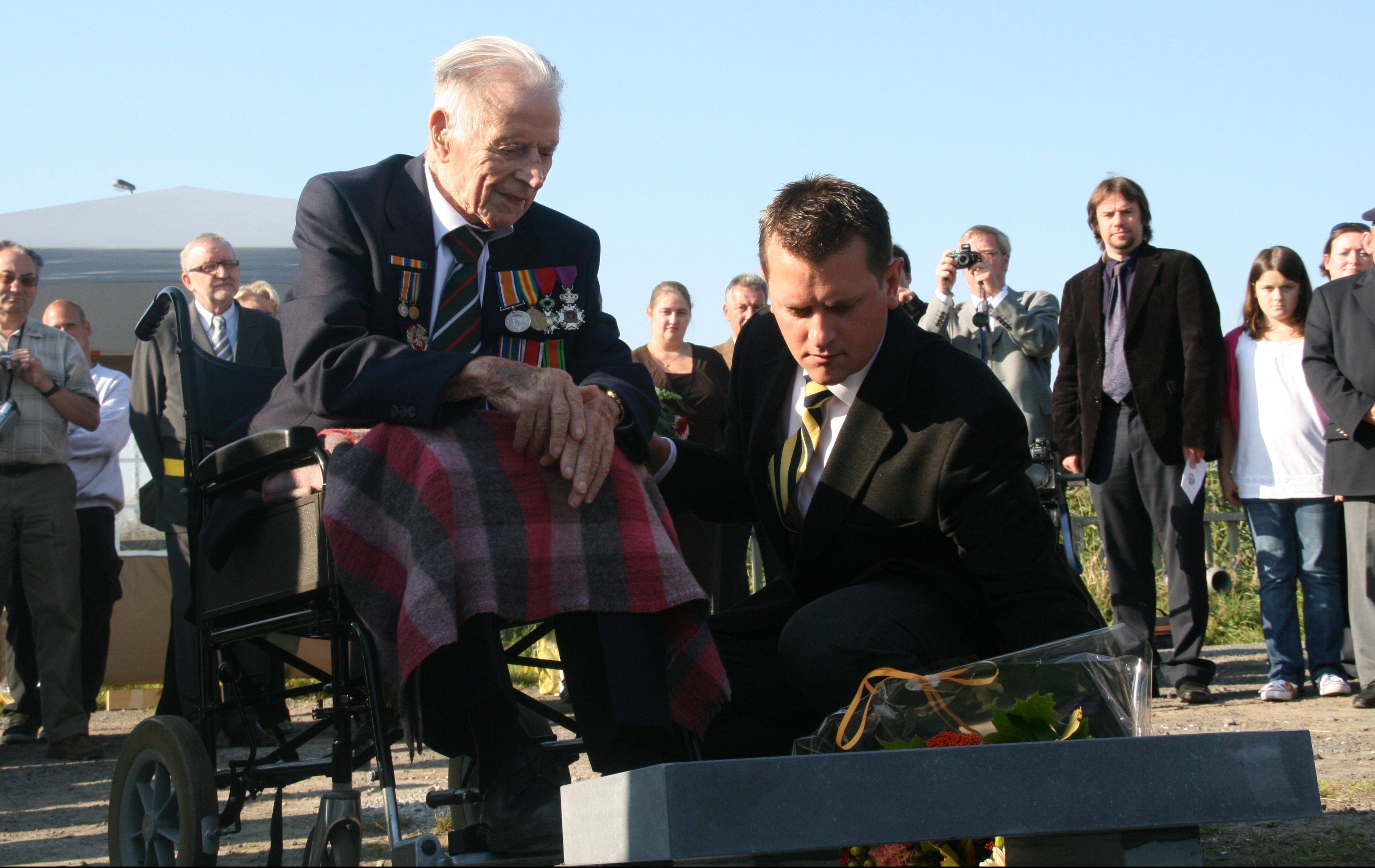 With Harry Patch, the last veteran to go ‘over the top,’ at the unveiling of a memorial stone to his battalion, the 7th DCLI in September 2008