After more than two years away from the Western Front due to the pandemic it has been a joy to get back, guiding people by bike. Whilst not a hugely busy year in comparison to pre-Covid times (I have been juggling lots of other business) I managed three cycling tours.

The first one, two days around the Ypres Salient and Messines Ridge was preceded by a few days on my own, recceing sites and riding routes that I had planned out over lockdown.  This meant a gentle ride around the battlefields of Fromelles and Aubers Ridge, riding four of the cobbled sectors of Stage Five of this year’s Tour de France and further routes around the Cambrai battlefield. Alas, the planned battlefield tour to tie in with the Tour de France was cancelled but it was still great fun to ride the cobbles and gave me an additional knowledge when watching the stage on TV in early July. 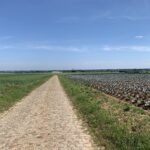 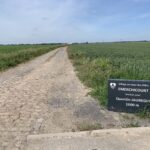 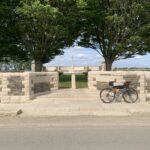 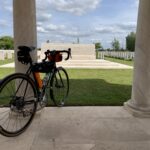 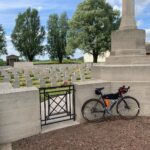 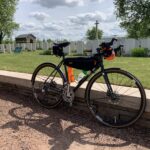 All of these recces were undertaken in beautiful weather with the battlefields all to myself. That was one thing I noticed – just how much quieter it was over in France compared to the centenary years.

And then up to Ypres, meeting returning clients Steve and Jill for their fourth trip with me. I am often asked where I prefer to cycle and, sacrilegious for many with such a love of the sport, I much prefer France to Belgium. I am in awe of Belgian cycling heritage but prefer the big, wide open spaces and quiet roads of France. However, two days around the Ypres Salient, Messines Ridge and Ploegsteert reminded me just how wonderful Belgium can be. 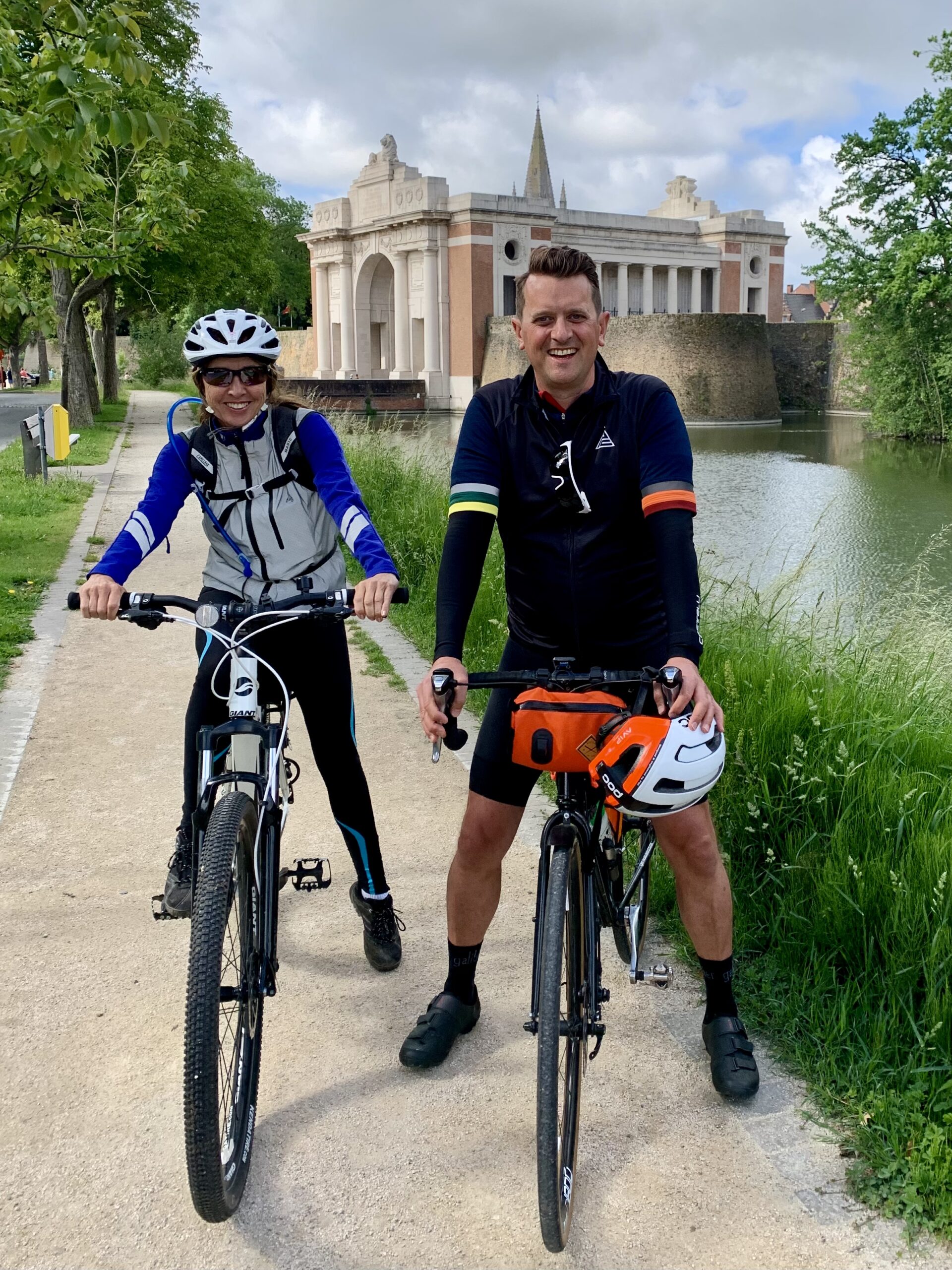 With Jill just outside the Menin Gate

As ever, food was delicious and plentiful, cafes and drink stops abounded and every inch of round had a link back to the Great War. It reignited my love of Flanders. 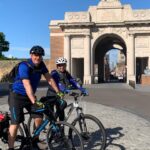 Steve and Jill at the Menin Gate, Ypres 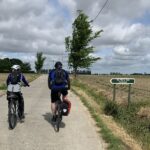 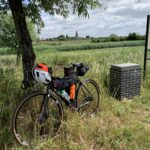 Harry Patch’s memorial to the 7th DCLI on the banks of the Steenbeek, Langemark

In early June I guided my largest ever group by bike – 14 guys from the West Midlands. Based in Arras, we spent three days exploring the battles of the Somme, Arras and Cambrai in chronological order. I am sure that by the end of their time with me they could see the British Army of late 1917 was very different from that prior to the Battle of the Somme. 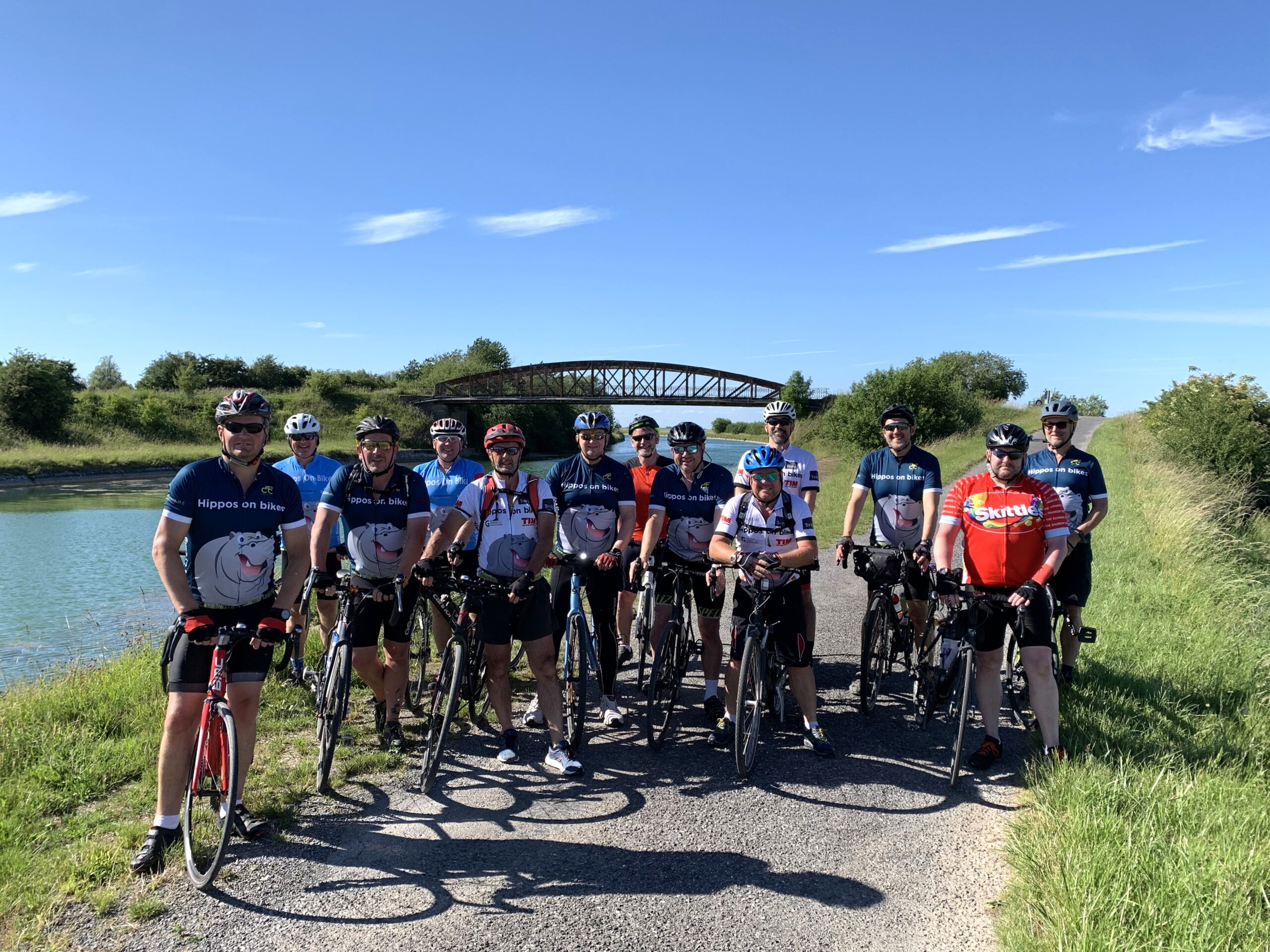 At the bridge over the Canal du Nord near Graincourt

A number of the group had relatives that had fought – at Fromelles in 1918, near St Leger and Mory (a DCM action), the Somme and Cambrai. Weaving in their stories into our three day itinerary was a challenge but ultimately rewarding. Again, we were blessed with great weather throughout and it was one of the most fun trips I’ve ever been on with much food, drink and laughter. 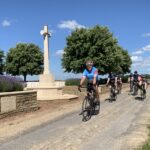 Cycling past Masnieres British Cemetery on the Cambrai battlefield 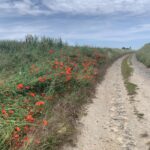 Poppies line the lanes as we followed the tanks at Cambrai 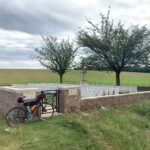 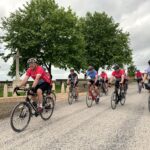 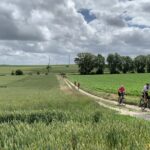 Back to the road from Valley Cemetery, Vis en Artois 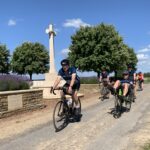 And just a few days ago I returned from guiding a group of ten around the Ypres Salient. There was a special focus on Private George Goold, 4th Middlesex Regiment, the great grandfather of one of the group who had served near Wytschaete on Messiness Ridge in early 1915. 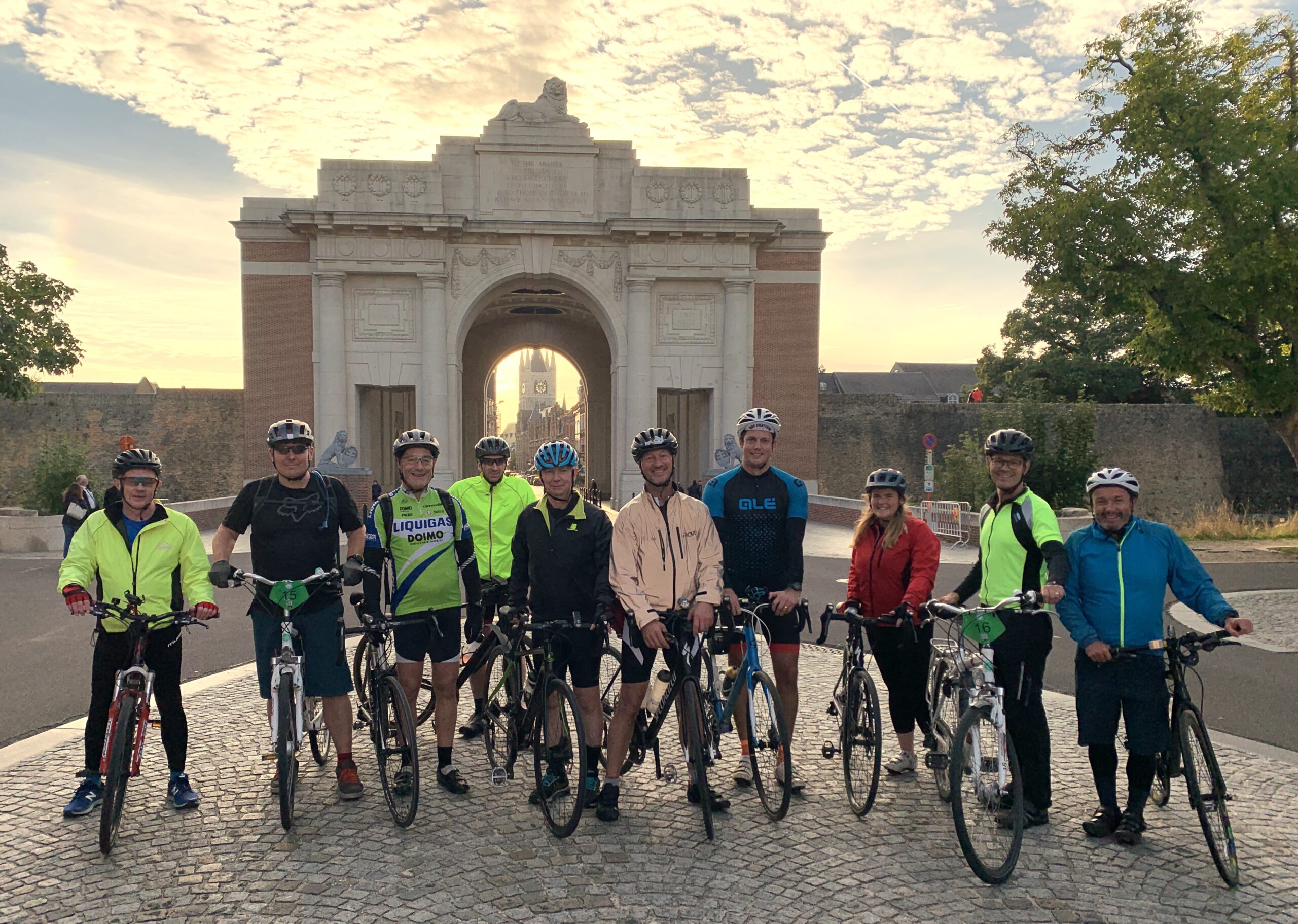 September’s group at the Menin Gate

As one of the fittest and most able groups I’ve guided, they were keen to ride the famed cobbled climb of the Kemmelberg. Whilst everyone managed it, I don’t know if it was quite as much fun as they had thought it would be when discussing it the night before around the dinner table! 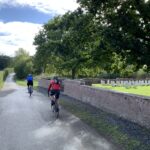 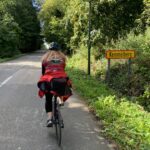 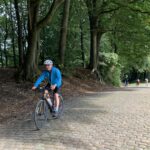 On the cobbles of the Kemmelberg 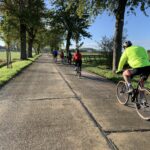 Up to Sanctuary Wood

I’ve already received a number of bookings for 2023 (as well as query to guide a group on penny farthings – watch this space!) and plan many more trips as well as a period of recceeing in early spring. If you fancy joining me on the battlefields then please do get in touch.